Riya Chakraborty asked the question of sister of Sushant Singh Rajput, said- while I was gone … bollywood – MN 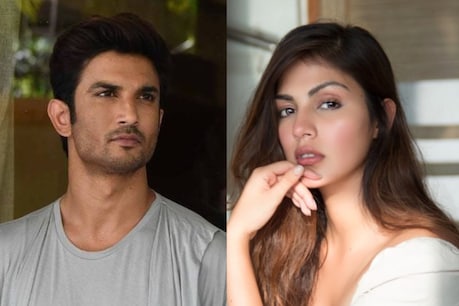 Mumbai. Riya Chakraborty (Rhea Chakraborty) has now come in front of the media regarding the Bollywood actor Sushant Singh Rajput case. Sushant’s family had filed an FIR after making serious allegations on Riya, after which he is under questioning. Meanwhile, many shocking revelations related to Riya are also being made on social media and news channels. At the same time, when Riya has come to the fore, she has put her point on many questions. Meanwhile, Riya has asked a question to Meetu Singh (Sister) of Sushant Singh Rajput, in response to a question.

Riya Chakraborty Has made many shocking revelations in his interview. At the same time, one of the E-Times Report If we believe that Riya was asked during the interview, what is her opinion on Sushant’s suicide and murder debates, then Riya asked Sushant Singh Rajput’s sister Mitu Singh the same question. Mitu Singh was with Sushant from 8 to 13 June. Riya said that she also wants to know about Sushant’s sister, what happened. Riya says that she left the house on 8 June but her sister had been with her.

Let me tell you that this Riya Chakraborty has come in front of the media for the first time and as soon as she has come, she has questioned her relationship with Sushant Singh Rajput’s family and her sisters. Apart from this, Riya has also attacked Sushant’s ex girlfriend Ankit Lokhande. However, both Sushant’s sister and Ankita Lokhande have given a befitting reply to Riya through social media.

Newspaper is your news, entertainment, music fashion website. We provide you with the latest breaking news and videos straight from the entertainment industry.