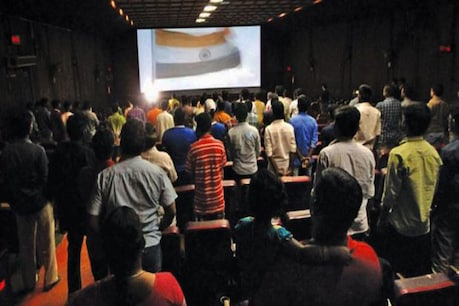 The episode occurred at the film corridor in Bengaluru.

The episode of not remaining during the National song of devotion is on October 23. The episode occurred during the screening of Tamil film Asuran at PVR Orion Mall in Bengaluru.

New Delhi: In the ongoing past, police have made a move when a few people didn’t remain during the National Anthem at a performance center in Bengaluru. Bengaluru Police has recorded a FIR on Thursday taking suo motu awareness of the case. In any case, nobody has been selected. The FIR has been held up by subramanya Nagar police.

At the point when a few people didn’t remain during the national song of devotion at the film lobby, somebody made a video of them and put them via web-based networking media. The video turned into a web sensation. A few people, including Kannada on-screen character Arun Gowda, at that point trolled the individuals via web-based networking media. He called 2 men and 2 ladies pakistani fear mongers. He blamed him for not having even 52 seconds for the nation. In the video, an individual can be heard saying, ‘You don’t have 52 seconds for the nation. Yet, you can stay here and watch the film for three hours. Is it accurate to say that you are a Pakistani psychological oppressor?”

Entertainer Arun Gowda additionally focused on the individuals. “Take a gander at these individuals when the national song of devotion was played, they didn’t stand up,” he said in the video. See their appearances. We were requesting that individuals document a protest. In the video, someone else can be heard saying that our jawans are battling in Kashmir and you are staying here. You didn’t remain in the national song of praise. Escape this spot.”